Ship mail of the Turkish Republic is not a well-known field.  Here are some examples of the variety one can find. 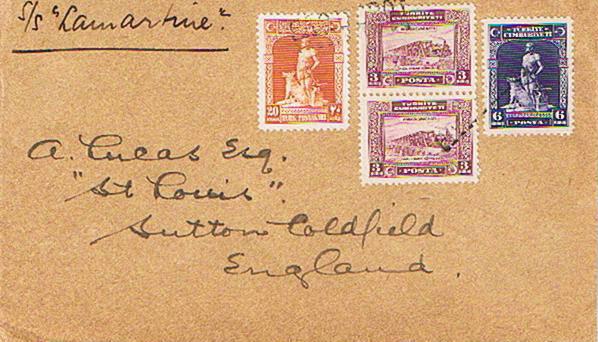 Undated ‘PAQUETBOT’ cancel with endorsement ‘S/S Lamartine’ to England.
The Lamartine was a ship of the French "Companie des Messageries Maritimes". Founded in 1851, the company was dissolved in 1970. Below you can see a picture of the ship itself. 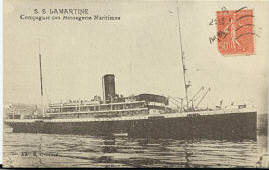 Cancel ‘Pfo. Tevere –Lloyd Triestino’ 8 December 1929 to England.  Endorsed ‘S/S Tevere’.  This well-known shipping company was founded in 1836 as Austrian Lloyd.  The company's name was changed to Lloyd Triestino in 1919 when Trieste became part of Italy.  In 2006 the company's name was changed to Italia Marittima.  The name of the ship Tevere referred to the Italian river the Tiber. 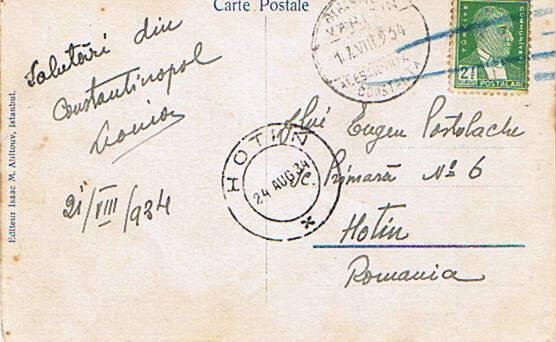 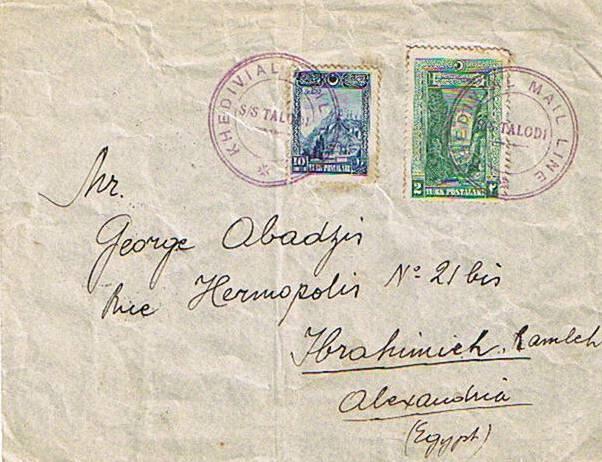 Undated cancel of S/S Talodi, Khedivial Mail Line to Alexandria, Egypt. Backstamped Alexandria 4 June 1931.  The Khedivial line was an Egyptian shipping line.  It was also known as the Pharaonic Mail Line in the late 1930s and early 1940s.  The line was nationalized in 1961 and became part of the United Arab Maritime Co.