The stamp shown below (Scott Iran No: 586) was published in 1917 as a local stamp during the 1916-17 Ottoman Empire occupation of Kirmanshah, a region of Iran.

History of occupation: Air exploration and surveillance missions were continuing while land operations and planes were being transferred. On June 9, 1916, during an air reconnaissance in the vicinity of Kasrışirin, it was discovered that the enemy had withdrawn from Kasrışirin and camped with a force of 200 tents mostly cavalry between the road and the river, eight kilometers to the east of Kasrışirin. Upon this discovery, the Army Command ordered the attacking Turkish forces to follow the withdrawing Russian forces. The 13th Corps defeated the Russian rear forces and invaded Geylan.

On June 16, 1916, during the reconnaissance flight in the vicinity of Paytak and Kirend it was reported that enemy rear forces were 4.5 kilometers to the west of Paytak, cavalry and infantry units were between Paytak and Kirend, 600 tent military camp was around Kirend, and the Turkish forces had advanced to four kilometers east.

On the morning of June 17, 1916, an air reconnaissance team flying to Arunuabad via Paytak discovered light Russian fortifications around the Paytak, and an army of about 500 tents between Kirend and Paytak. After these discoveries, Turkish troops completed their preparations and started general assault on the morning of June 27, 1916. The 13th Corps following the retreating enemy, invaded Hadrunuabad on June 29th and Kirmanshah on July 1st. In the face of these offenses, the Russian forces began to fortify the passage 15 kilometers east of Kirmanshah. 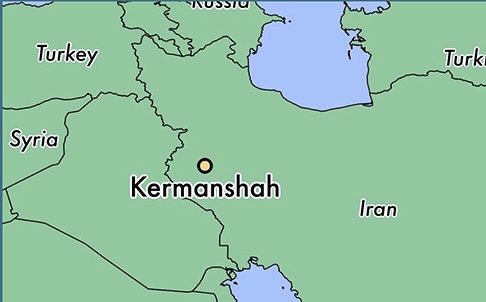 From here they advanced and settled in the Hemedan region in the middle of August. However, on February 28, 1917, when it was evident that the British were going to attack again in Iraq, it was requested that the 13th Corps be moved to Baghdad defense through Hanekin. Thus, the Corps, started to evacuate Iran and withdrew from Kirmanşah on the night of March 10th.