Crossposted from MaviBoncuk with the permission of the author. 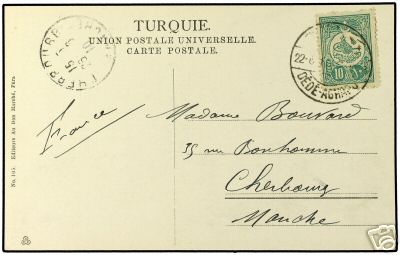 The city's history only goes back to the 19th century. Long used as a landing ground for fishermen from the coast of Samothrace opposite, the location was known as Dedeagatch (Greek: Δεδεαγάτς Dedeagats, and Dedeağaç in Turkish, meaning "tree of the monk"). The name was based on a local tradition of a wise dervish having spent much of his time in the shade of a local tree and being eventually buried beside it.

Dedeagatch was captured by the army of Imperial Russia during the last Russo–Turkish War of 1877–1878, and Russian forces settled in the village. The officers in charge put some effort into urban planning, with an emphasis on the design of wide streets, allowing the quick advance of troops. The streets run parallel to each other, and cul-de-sacs were avoided as too confusing. This was very unlike the narrow allies, cobbled streets, and dead-ends that were characteristic of Ottoman cities at the time. The city returned to Ottoman control by the end of the war, but the brief Russian presence has had a lasting influence in the design of Alexandroupoli' urban streets.